“Should We All Be on a Ketogenic Diet?” Dr Zeeshan Arain

“The Fat Revolution—Saturated Fat is Good for You!” Christine Cronau

“Q and A Session” Panel 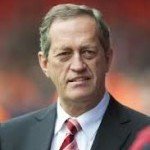 Dr Peter Brukner is a specialist sports and exercise physician and the founding partner at the Olympic Park Sports Medicine Centre in Melbourne. Peter is a world renowned sports medicine clinician and researcher. He has recently been Head of Sports Medicine and Sports Science at Liverpool Football Club and is currently Team Doctor for the Australian cricket team.

Peter has been team physician for Melbourne and Collingwood AFL clubs, as well as national athletics, swimming, soccer and men’s hockey teams. He was an Australian Team Physician at the Atlanta Olympic Games, Team Manager of the Australian athletics team at the Sydney Olympics and a National Selector for Athletics Australia. He was the Socceroo’s Team Doctor for the 2010 World Cup campaign. In 2008 Peter was elected to the Board of Hockey Australia. 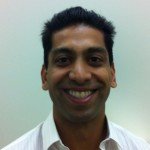 Dr Zeeshan Arain is a Melbourne based General Practitioner and is the current team doctor for the Melbourne Demons AFL team. He has a Masters in Public Health and Tropical Medicine. His initial interest in nutrition and metabolism began several years ago when he was increasingly frustrated at being overweight despite eating a low fat diet and exercising regularly. After losing close to 30 kg and maintaining his weight loss, he has become a staunch advocator of low carb high fat nutrition in the prevention of disease, weight loss and optimum quality of life. His presentation will discuss nutritional ketosis which is an extension of LCHF. He will discuss the health benefits including weight loss, diabetes control, cardiovascular disease, cancer and more.

Dr Troy Stapleton is a 42 year old radiologist . He is married and the father of three young boys. He lives on the Sunshine Coast and enjoys an active lifestyle including surfing, cycling and bushwalking.

In October 2012, after a period of rapid weight loss, he was diagnosed with type 1 diabetes.  He followed standard diabetic dietary recommendations for two months after his diagnosis. After extensive research he switched to a very low carbohydrate diet in December 2012. Dr Stapleton’s lecture will detail his personal journey and include the logic and science behind his approach. 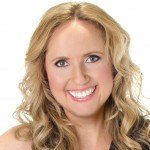 Christine Cronau is a Nutritionist, bestselling Author, Speaker, Entrepreneur, and mother of two. Years of following standard dietary guidelines left her sick and overweight. After extensive research, she transformed her body and her health, and is a major driving force behind the global fat revolution. Christine received her Bachelor’s degree in English Literature and Mathematics (hons) in California. She then worked as a scientific and technical author for the next 15 years, researching and analysing technical data and translating it into language appropriate for less-technical readers; skills that are now invaluable when evaluating the latest nutritional studies. After 10 years of researching the latest scientific data, Christine completed further studies in nutritional medicine, and became a Clinical Nutritionist. Christine is passionate about working as a natural health advocate to ensure that the latest research about diet, fat, and health is available to the general public. 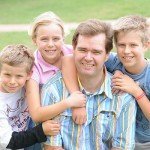 David Gillespie is a recovering corporate lawyer, co-founder of a successful software company and a consultant to the IT industry. He is also the father of six young children (including one set of twins). With such a lot of extra time on his hands, and 40 extra kilos on his waistline, he set out to investigate why he, like so many in his generation, was fat.

He deciphered the latest medical findings on diet and weight gain and what he found was chilling. Being fat was the least of his problems. He needed to stop poisoning himself. 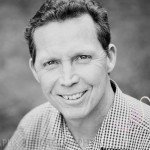 Dr Gary Fettke Gary  is an Orthopaedic Surgeon and Senior Lecturer of the University of Tasmania actively practising in Launceston.. He has a longstanding keen interest in the preventative aspects of health, particularly prior to operating on patients.

He was “a fat kid” and has some other health related issues. He has particular concerns that as we get older the health systems will be under significant stress from financial and health burden aspects. Gary is confronted on a daily basis by patients who have weight related issues with their joint pathology and arthritis. He says losing weight plays a significant role in the day to day management of his patients. He also  overall health and how a combination of fructose and polyunsaturated oils combine to create the “Perfect Storm” for a variety of conditions common in modern society. These diseases are becoming more prevalent across the developing world as the Western diet has taken hold.

He is the medical expert for Sarah Wilson’s ‘I Quit Sugar’ programme. Damon Gameau is an Australian director and actor. As an actor he has starred in several feature films including including his performance in Balibo, which earned him an AFI Award nomination for Best Supporting Actor.

He is also an acclaimed director; his latest project is “That Sugar Film,” which is a feature documentary being made by Madman Entertainment and Old Mates Productions. It is a bold and colourful ride exploring all things sugar. We look at sugar’s prevalence in society and see if it is having any major effects on the mind and body. As part of the film, our host and director, Damon Gameau, who has eaten little to no sugar in the past 2 years is putting himself through a ‘Super Size Me’ inspired adventure of consuming 40 teaspoons of sugar per day found in common food and drinks. This is only marginally above the average daily amount consumed by teenagers world wide.He will be monitored by a team of doctors and scientists from Australia, New Zealand and the USA. He will also head out on an international journey and be joined by many familiar faces who are willing to look at sugar a little more closely.While Damon is taking part in the experiment he will be keeping a daily diary here of what items he has consumed to reach 40 teaspoons a day. Take note that there will be little consumption of perceived ‘junk’ food but rather he will be highlighting the hidden sugars that are found in many ‘healthy’ marketed products.

Grant Schofield is Professor of Public Health at AUT University located at the AUT Millennium Campus. Grant’s research and teaching interests are in chronic disease prevention especially reducing the risk and eventual mortality and morbidity from obesity, cardiovascular dis-ease, and diabetes. As such, his work tries to understand then change the determinants of the contributing behaviours physical (in)activity and healthy eating.

Just how important could carbohydrate restricted diets be for the health of the world? In his talk Professor Scofield looks at the basic biology and the experimental results of trials showing just how important the low carb approach could be in the helping us in the modern world with the modern diseases of cancer, diabetes, cardiovascular disease and neurological decline.

Low carb is way more than a handy weight loss method; it can be an important part of the solution to poor quality of life and increased population wide well being.

Dr Claire Campbell is a Vascular and Endovascular Surgeon in Private Practice in Melbourne (Epworth Hospital and Toorak Village). She is passionate about cardiovascular prevention after having performed numerous operations cleaning out or bypassing blocked arteries and having performed her fair share of limb amputations.  She believes obesity is the new scourge on society and is the key contributor to high blood pressure, high cholesterol and diabetes.

Claire believes nutrition, exercise, sleep and stress management are the four key pillars for health and the majority of cardiovascular disease can be prevented. Obesity leads to higher rates of chronic illness than poverty, smoking and excessive drinking.(Sturm R. The Effects of Obesity, Smoking, and Problem Drinking on Chronic Medical Problems and Health Care Costs. Health Affairs. 2002;21(2):245–253.) 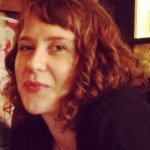 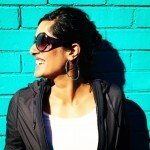 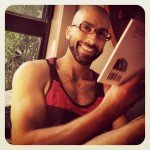 Charby Ibrahim is the man behind ‘The Ancestral Body’ – Nutritional Health Coach, Personal Trainer, Teacher, Speaker, and Writer. A graduate of The University of Melbourne, The Institute For Integrative Nutrition, and The Australian Institute of Personal Trainers, he has written countless articles for prominent online publications and blogs, is a proud member of Physical Activity Australia, and engages in education programs at both local schools and The Royal Children’s Hospital. Charby’s journey has been a personal one from the outset. He went back to ‘Eating Real Food’, lost a stack of fat, got fit, and is now using his own life skills and experience, on-top of over a decade in education, to help others find the combination of lifestyle factors that best suit their needs. Charby is also a co-host of The Primal Shift, one of Australia’s most popular health podcast shows.